The Interacting with People with Disabilities (IWD) Project from Pulse Line Collaborative Training is addressing cultural challenges to help Law Enforcement, First Responders, Educators, Business Leaders, HR Professionals and many others to understand how best to identify, serve, and safely interact with people living with disabilities.
What is IWD?

The Interacting with People With Disabilities (IWD) training is a dynamic, collaborative curriculum that includes scenarios, interactive exercises, case reviews, and lectures.  The training also incorporates videos of interviews with persons with various disabilities (blind, deaf and hearing impaired, physically disabled, intellectually disabled, developmentally disabled, autistic) discussing their personal experiences with law enforcement; allowing people with disabilities to speak for themselves and help teach officers what may lead to more positive interactions. The curriculum has been collaboratively developed with the assistance of the disabled community, advocates, and law enforcement.

Our curriculum is different than anything we’ve seen before.  It truly represents BOTH the side of law enforcement and the side of people with disabilities because it was created by people who have experience with both.  It provides concrete tools for officers to help them identify disability characteristics and communication tools to use with people with disabilities.  Not only does the curriculum cover de-escalation techniques, it offers what we call “anti-escalation” tools that officers can use to avoid going hands on.

We also present numerous scenarios to the officers to practice the tools they have learned.  Our scenarios are not reenactments or typical roleplay exercises, as officers tend to feel that they do not represent what “really happens on the street”, but we use real-life video and bodycam-based scenarios. We cut the incidents into smaller pieces and let officers discuss what to do at different points of the incidents.

PLCT IWD training is set apart from other available disability trainings because of the following:

This training references applicable Colorado specific statutes and procedures. (The training can be customized to include statutes from other states)

This training meets and exceeds the new Colorado training requirements mandated under HB21-1122 for both academies and already sworn officers.

This training truly represents both the law enforcement and disability perspectives as we have extensive experience in both areas.

Dynamic videos of interviews with people with disabilities discussing their experiences thereby allowing first responders to “meet” them and understand their perspectives.

With our trainers' law enforcement experience, officers trust us and pay attention because we've worked on the street and understand the real situations and danger they face daily.

Testimonials
What some recently trained departments say about their experience with Pulse Line's IWD training.

We might be biased. Take it from our clients.

"This type of disability recognition is the exact training police officers need when it comes to de-escalation and communication skills.  It is imperative we equip our officers with tools to address the wide spectrum of disabilities.  The feedback forms from the Greeley officers validates the need to expand this training to other police departments."

"The engagement during Pulse Line Collaborative’s training was dynamic and Ali’s personal and passionate connection to the content was moving. This training really gives excellent perspective and guidance on how to improve interactions with many people in our community."

"Thank you so much for teaching our agency today. This training is so important and the training you are giving is the best we have ever seen!"

“This class was very informative, and it was great getting to hear the stories from real people. That was very impactful.”

“This class should be taught everywhere. Thank you!”

“I am not exaggerating the #5 ratings. Her and Mary were born to teach this material.”

“Interactive scenarios help you think through everything.”

“The case reviews were really good to see. The different types/cases that can occur with elder abuse cases. I think these types of cases often get overlooked due to lack of training and information provided. Thank you for taking the time to create this training.”

“Helpful that it was taught by an LE person who understands our training.”

“The personal interview videos were excellent and gave me things to consider that I never thought about. Very good presentation.”

“Loved the class. Ali is knowledgeable and passionate about both sides of the issue.”

“The use of videos helped give a clearer understanding of the disabilities and how LE can better assist this population. Well-developed program which should be taught to all law enforcement.”

“Great program. More people need to get a better understanding of special needs. I hope every department gets this training. Great job!”

“Thank you for your time and work that you have put into this training and cause. Your passion is motivating”

“Ali is the perfect person to teach a class like this! Her work experience in LE and outside perspective combined make her someone cops will trust!”

I’m Ali Thompson, Co-Founder and Chief Development and Training Officer for Pulse Line Collaborative Training.  I’ve served in law enforcement for over 25 years.  I began my career as a dispatcher and then became a sworn officer 21 years ago. Through my career, I worked as a local patrol officer, field training officer, detective, and then as an investigator at the Attorney General’s Office.  The bulk of my career was spent investigating crimes against at-risk citizens (the elderly or disabled).  Over my career I have had the opportunity to train police officers and investigators in local, state, and national trainings on interacting and interviewing people with disabilities.

I also have two children with disabilities, my son has autism, and my daughter has intellectual and developmental disabilities and is “non-verbal,” though she can communicate well through her behavior, some signs, and gestures.  In 2019, Governor Polis appointed me to the Colorado Developmental Disabilities Council where I continue to serve and am the chairperson of the Legislative and Public Policy Committee. I am also a coach for Special Olympics Colorado.

As most people with loved ones who have disabilities, I worry what would happen with both of my children if they were contacted by police or first responders and did not have myself or a caregiver with them to help explain their conditions.  I can completely envision my daughter not understanding verbal commands, or my son being in an autistic breakdown and having his stimming behavior viewed as aggression.

As most police officers do, I worry about our officers who are taught a use of force continuum that says:  officer presence, verbal commands, soft hands on (control holds), hard hands on (strikes and kicks), intermediate weapons, and deadly force. In our academies, we are teaching our recruits to do what officers have done with so many high profile cases again and again and go hands on immediately after verbal commands are not followed. We are not teaching officers that, if there are no weapons or active aggression, they need to try to figure out why the person is not responding to verbal commands.  Are they deaf, do they have Alzheimer’s or autism?  Or are they just non-compliant?

In early 2020, I started a project interviewing people with various disabilities and mental health disorders talking with them about their disabilities and experiences, both good and bad, with law enforcement and first responders, and what they wanted first responders to know. From those interviews, and a lot of research, a curriculum was started. I then partnered with the Autism Society of Colorado and we created the Interacting With People with Disabilities curriculum, with modules for law enforcement, dispatch, corrections, EMS, and Fire.

Our Partners
The following organizations have collaborated and supported the IWD project.
(right click on icon to open links)
Donate Now

With training budgets being cut, it is hard for smaller and rural departments to afford to train their staff.

PLCT's goal is to find an angel investor or sponsors for the IWD program so we can help officers and people with disabilities by providing IWD training to law enforcement across the country with no cost to departments.

We have partnered with the non-profit, 1615 the GC Media Project, to manage donations. To make a donation to help support The IWD Project,click on the following link: 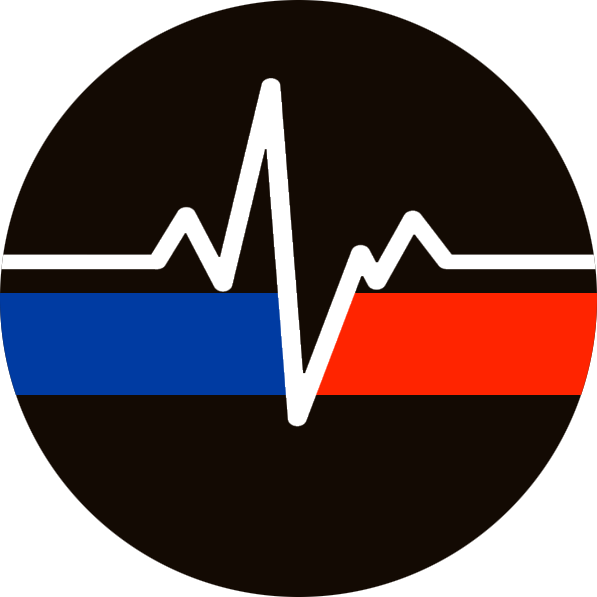